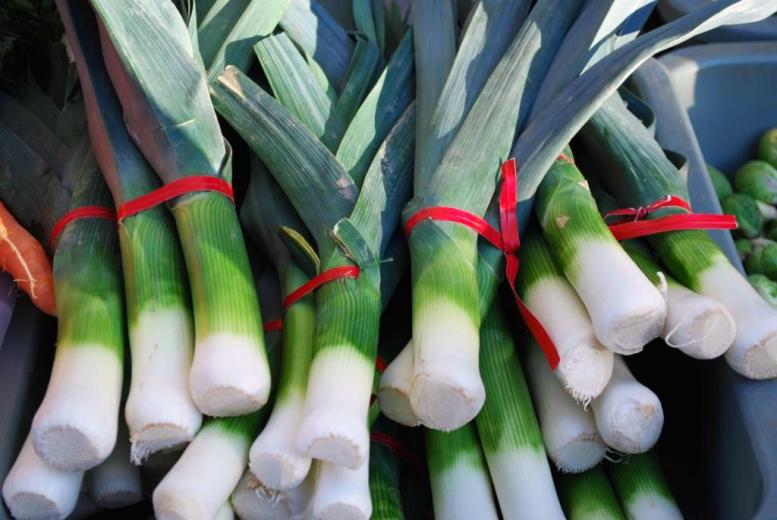 Leeks have the distinction of being both an ancient Egyptian symbol and a Welsh historical ornament for battle, in addition to its nutritious value and delicate flavor.

Cultivated in ancient Egypt, leeks were depicted in tomb paintings from that time period. The vegetable was highly regarded by the ancient Egyptians and were used as a symbol to swear by. In addition, legend has it that in the sixth century, the patron saint of Wales, St. David, had his soldiers wear leeks on their caps to distinguish allies from enemies in their battle with the Saxons. Today, Welsh people still celebrate their victory in that battle by wearing leeks on St. David’s Day on March 1.

Today, leeks are used in a variety of global cuisines (soups, salads and stir fries) and are grown across Europe and Asia. Although related to garlic and onion, leeks have a subtler and more complex flavor. Different varieties of leeks can be grown year round and certain types are ready for harvest early to mid winter. A hardy vegetable, leeks can even thrive in temperatures that are below freezing and locally grown leeks can be found in farmers’ markets throughout California.

For a delicious and easy stew to warm your cold nights, look no further than our spicy Korean chicken stew featuring leeks.