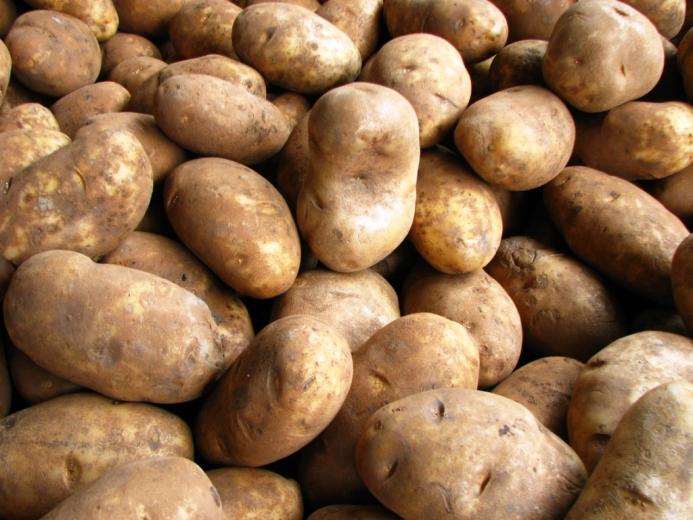 The spud is quite the stud! The potato is a perfect example of why you should never judge a vegetable by its appearance. Not only does it pack quite a nutritional punch, the seemingly humble vegetable is also rooted in a colorful history that spans thousands of years in different countries.

The potato is typically associated with the Irish and many assume that the vegetable was first eaten in Ireland. However, the potato’s history goes way back to 200 B.C. where the Inca people were growing the root vegetable for sustenance in the Andes mountains. Potatoes were brought to Europe by Spanish explorers in the early 16th century, and consumed by sailors to prevent scurvy. The potato was not a popular vegetable in Europe at its introduction even though it was an inexpensive foodstuff to produce and was endorsed by various governments. People thought that it was a poisonous plant like its cousins in the nightshade family, and viewed it with suspicion because it was not mentioned in the Bible.

Two men were instrumental in creating a demand for potatoes in the 18th century. Parmentier, a French agronomist, created the mashed potato, which became popular because it made the potato unrecognizable. Count Rumford, a British scientist, created a mush soup of potatoes, barley, peas and vinegar, which became a staple for German peasants. The inexpensive production of the potato made it an essential crop in Ireland in the 1800s. When the Irish Potato Famine swept through Ireland from 1845 to 1851, it caused the death of almost a million people and the immigration of two million people to the United States and to other countries in Europe.

If prepared in a healthy way, potatoes can be extremely nutritious. One potato has:

Potatoes were the first food to have ever grown in space! In 1995 potato plants were taken into space by the space shuttle Columbia.

Potatoes are used in a variety of cuisines across the globe. Boiled, stewed, roasted, sautéed, baked, mashed and smashed, you can enjoy the potato for breakfast, lunch and dinner!  To add another touch of luck to your St. Patrick’s Day, warm your tummies with our potato and roasted garlic soup with a pint of good ol’ Irish ale.