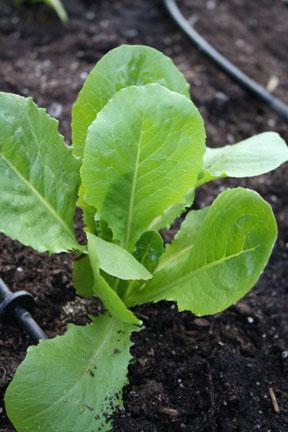 Aside from beautiful weather and bountiful agriculture, one of the greatest features of California is its cultural diversity and the accompanying plethora of holiday feasts. In April, Jewish families in California and around the world will be celebrating Passover. The eight-day festival honors the emancipation of the Israelites from slavery in ancient Egypt and is considered the most meaningful chapter in Judaism.

The highlight of Passover is the Seder, a feast that is observed on the first two nights of the holiday and is rich with symbols and rituals. According to Judaica Guide, the items on the Seder plate tell the story of Moses and the Pharaoh, and of the ancient Israelites’ slavery and freedom.

There typically are six symbols on a Seder plate:

The word maror is derived from the Hebrew word, mar, which means bitter. Bitter herbs, usually horseradish or lettuce, are used to represent the bitterness of slavery.  Other suitable vegetables include endives and dandelions.

Leafy green vegetables such as celery, parsley or lettuce are dipped in salt water to remind participants that Passover corresponds with spring and the harvest. In addition, salt water represents the tears of the slaves.

Chazeret is another bitter vegetable, usually horseradish. Some Reform Jews include an orange segment in place of horseradish to represent the importance of women in Judaism.

Made of a paste of chopped apples, nuts, wine and spices, charoset comes from the Hebrew word cheres, meaning clay, and it represents the mortar the Israelites used to bond bricks when they were slaves in ancient Egypt. The sweetness in charoset symbolizes God’s kindness in times of hardship.

The roasted or baked egg symbolizes festival sacrifices during ancient times, and also is a symbol of spring.

Zeroa means arm in Hebrew. A roasted shank bone on the Seder plate represents God’s arm when he freed the Israelites from slavery in Egypt. It also symbolizes the Paschal lamb offered as Passover sacrifice during biblical times. Vegetarian households use beets instead to represent the blood of the Paschal lamb.