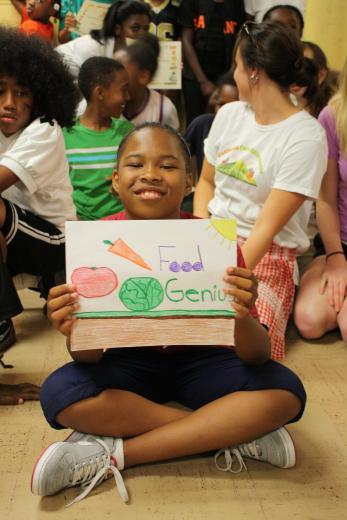 The Rhubarb Revolution is Here. Kids are a brutally honest audience.

On January 18, 2012, 120 kids watched anxiously. Dressed in a colorful apron, I waved carrots, broccoli, grapefruits and other produce eagerly in front of them as I explained the difference between fruits and vegetables. We were starting a rhubarb revolution.

“Fruits have seeds. Vegetables don’t.” I stated. The kids repeated and practiced with each new fruit or veggie as I passed them around the room. The children sniffed, pinched, poked and investigated. For most, this was their first time seeing broccoli!

The kids didn’t know quite what to think. In their short lifetimes, they grew up hearing from adults that “vegetables are gross.” As kids do, they repeated the mantra they had learned. Yet, they hadn’t really been given the chance to decide for themselves. They were a little bit nervous to take their first bite.

I was nervous, too. Kids are a brutally honest audience. I, too, grew up hearing that kids hated vegetables. Would they like broccoli? Would they even try it?

This was the very first food literacy class—not only in Sacramento, but also one of the first in the country. The kids learned that vegetables aren’t scary at all. I learned that kids actually love vegetables, and they love being given the chance to taste new foods even more.

Today, five years later, there’s a team of adults (we call them Food Geniuses) who will show up across 10 schools in the Sacramento City Unified School District to inspire kids to explore, taste, and learn to love their vegetables.

The rhubarb revolution is here.

Thank you, Sacramento! Thanks for giving Food Literacy Center, and our kids, a healthy chance!

Happy five-year anniversary to Food Literacy Center! I look forward to celebrating with you all year.

Want to help with the rhubarb revolution? Donate or volunteer! 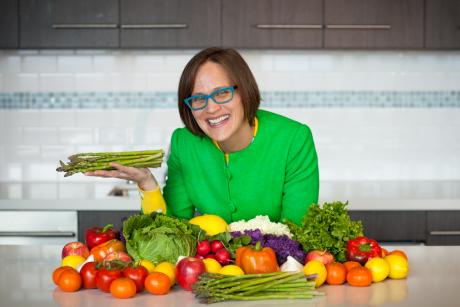