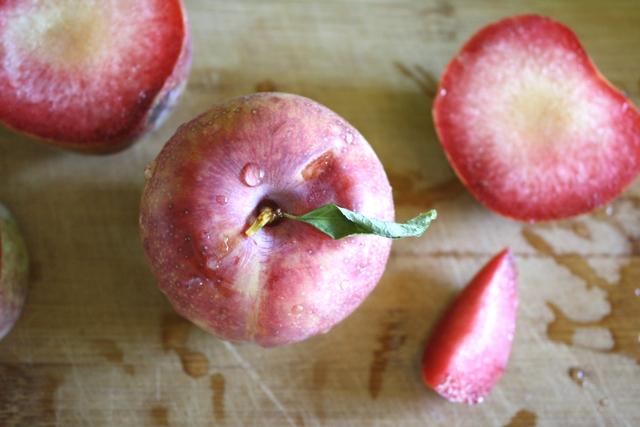 A pluot is a hybrid stone fruit that is 3/4 plum and 1/4 apricot, bearing the best qualities of both fruits. It was developed by a California fruit breeder named Floyd Zaiger of Zaiger Genetics in 1989. Instead of genetic modification, he painstakingly created the original pluot by hand pollination – under extreme temperature control, he transferred pollen from one fruit to the next with tweezers.

Today, there are more than 80 varieties of pluot grown in the United States, with California being the top grower of the fruit. Pluot varieties have fun names such as Flavor King, Dapple Dandy, Flavor Fall, the Dinosaur Egg, and Hand Grenade. They also come in a variety of colors such as green, yellow, crimson, dappled, streaked, or plum. Its season run from May to September and its selection changes as the summer progresses.

Pluots have a deep and sweet flavor that is similar to the plum but it’s less acidic. They are best enjoyed fresh but can also be baked in tarts and pies or cooked for jams, sauces and ice cream. Ripe pluots should be plump, firm and aromatic. They can keep at room temperature for about three days and up to a week in the refrigerator. You can find pluots at your local farmers markets throughout California.

They’re not only sweet and delicious, pluots are also incredibly nutritious. The pluot is low in calories, and a good source of vitamins A and C, fiber, and potassium.