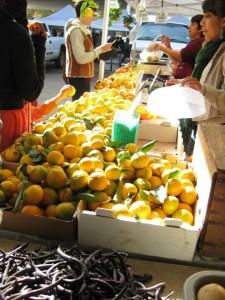 How much does the average consumer know about organic food beyond the reputation of it being “good”?

Organic farming embodies the idea of man not manipulating nature for profit. To qualify as organic, produce is grown without use of pesticides, artificial fertilizers and radiation to kill bacteria while livestock is fed organic grains, allowed to roam rather than being confined, and are not given antibiotics or growth hormones.

There are some health benefits to consuming organic produce. Because fertilizers and pesticides aren’t being used, the crop has the chance to produce more of its own vitamins and antioxidants. The practices of organic farms also help the environment, as chemicals are not leaked into ground water.

With livestock, antibiotics are often over used which ironically give bacteria the upper hand as it develops resistance to the drugs. However the downside of not using antibiotics is that when an animal is sick or in pain, no medication is offered.

Organic farming unfortunately doesn’t match the volume of harvest of commercial farming. Some farms choose not to be organic because the price to file with the USDA as an organic farm is too expensive

While buying organic regularly isn’t feasible for everyone, particular produce it best purchased organic. Peaches, strawberries, nectarines, apples, spinach, celery, pears, sweet bell peppers, cherries, potatoes, lettuce, and grapes are known as the Dirty Dozen. These crops are notoriously grown with heavy use of pesticides to deter bugs. The delicacy of the texture of these crops makes them more likely to absorb pesticides. Check them out the next time you’re at a farmer’s market.