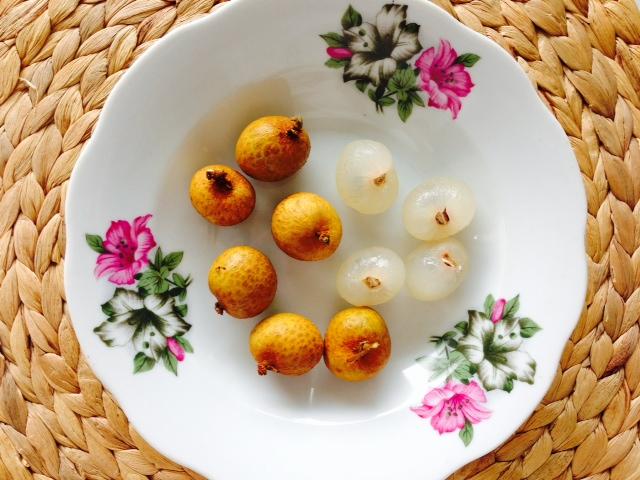 Logans are small, round fruits with a soft shell and a juicy center that are native to southern China, India, Burma and Ceylon. The logan tree is a member of the Soapberry Family and its fruit is a close cousin of the lychee and the rambutan.

The fruit is cultivated in southern China and the Malay Archipelago, and thrives in elevations between 500-1,500 ft. Logans are also known as “dragon’s eye” and the little brother of the lychee. In 1903, the US Department of Agriculture introduced the logan tree to Florida and although the fruit flourished in several locations, it never became popular. Logans are also grown in Hawaii and California.

It has a light, refreshing and sweet flavor, and can be enjoyed raw, dried or cooked in desserts or main meals. To peel it, gently squeeze the fruit’s stalk end until it pops and peel it open. There’s a small, hard black seed in the middle of the flesh that’s inedible. Logans are also available preserved in syrup and they also are made into a liqueur.

Logans are a very good source of vitamin C and also contain riboflavin, potassium and copper.