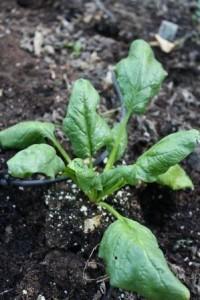 The drought plaguing California’s agricultural producers threatens uncertainty of pricing and availability we are conditioned to expect.  A drought this severe has not been documented since 1894. Did you know California is the tops state in producing agriculture? Our rain and snow fall 2013 – the third strike in the three year drought – yielded only a percentage of the average amount of water. To root this statistic in a concrete example, Fresno documented three inches of rainfall – an obvious reduction from its annual average of eleven inches.

You’ve likely noticed increased pricing on produce. This correlates to the drought’s threat to food availability – particularly to certain demographics. Pricing is indicative of the struggle of local farmers to maintain their volume of crops without the help of Mother Nature. According to the California Farm Water Coalition – a group of Sacramento based farmers – California farmers will plant twelve percent less due to a lack of water supply. Perhaps you have only considered the consequences in terms of fruits and vegetables you consume. However, livestock is also reliant on crops for their meals. This too affects pricing; farmers are pressured to buy grain they are unable to grow to sustain their flock.

According to the Center for Watershed Sciences at the University California, Davis some local growers are considering an ironic means of survival. Farmers growing less profitable seasonal crops are actually weighing the odds of selling their water supply to make a better profit. Takers of such an offer would be farmers who grow high value produce in demand such as grapes or nuts.

The silver lining lies in the incentive that the drought gives farmers to discover alternative ways to get their crops the moisture they need to thrive. Advancements in irrigation are becoming popular such as a drip rather than flow disbursement, strategically timing sprinklers, and using less water in growth stages that can survive droughts.