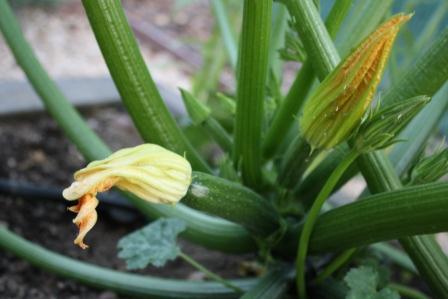 Z is for Zucchini!

A perfect summer squash, the zucchini has a delicate texture and a light and sweet flavor that lends itself well to a plethora of vibrant summer dishes.

Dating back 7,000 to 5,500 BCE, archeologists have traced the squash’s (summer and winter) roots to Mexico. The ancient diet of maize, beans, and squash has continued to be the foundation of Mexican cuisine and are fondly known as the “three sisters.” Christopher Columbus and other explorers brought zucchinis back to Spain, Portugal, Italy, and other countries in Europe.

There are a variety of ways to enjoy zucchini! Even its flower is edible and is usually enjoyed fried in tempura batter. Zucchini is featured raw in salads, stuffed, sautéed, baked, and steamed. Zucchini bread is also a very popular way to enjoy this amazing squash. Check out a recipe for Zucchini Parmesan Bread, courtesy of Sacatomato!