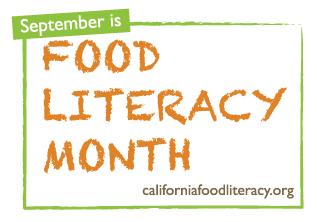 As part of our Food Literacy Month celebrations, we will be crowning a Veggie of the Year.

To do that, we need your help!

1. Go to our Facebook Veggie of the Year photo album that will have photos of the 10 nominated vegetables.

3. The top 5 vegetables on August 30 at 12 p.m. (PST) in the photos with the most “likes” will be taken to Capitol Heights Academy, where 120 K-5th grade food literacy students will vote on their favorite vegetable from the five.

4. The winning Veggie of the Year will be announced at a press conference at the Food Literacy Fair at Midtown Farmers Market on September 7.

5. The winning Veggie of the Year will be the featured ingredient in our Kids’ Recipes Contest, sponsored by Simply Recipes, which will also be announced on September 7.

The recipe contest will start Sept 7 through the end of the month. In early October a team of local chefs and food writers will select the winning recipes.

Please share this album with your family and friends as well. “Like” your favorite veggie’s photo to crown it Veggie of the Year! Thanks to Simply Recipes for sponsoring the recipe contest and to all our supporters for being a part of the Food Literacy Month celebrations.