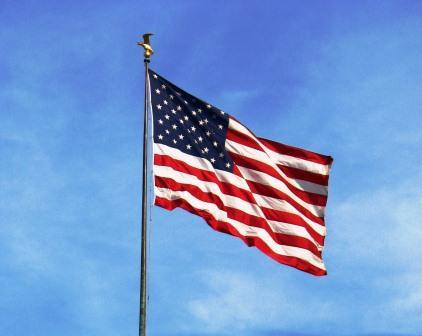 Independence Day has become synonymous with fireworks and barbeque. Of course, food is usually the central focus of any celebration! As we fire up the grills and gear up for picnics and parades, let’s step back in time and see what Americans whipped up to celebrate the first few years of independence.

In a letter to his wife, Abigail, John Adams, who fought for independence and became the country’s second president, wrote about his thoughts on the Fourth of July: “I am apt to believe that it will be celebrated, by succeeding Generations, as the great anniversary Festival…It ought to be solemnized with Pomp and Parade, with Shews, Games, Sports, Guns, Bells, Bonfires and Illuminations from one End of this Continent to the other from this Time forward forever more.”

The Adams family kicked off the first Independence Day with a traditional meal of that era. Legend has it that on July 4, 1776, John Adams and his wife celebrated the country’s independence with a meal of turtle soup, poached salmon with egg sauce, green peas, boiled potatoes, and a dessert of Indian pudding or apple Pandowdy. Turtle soup was a really popular summertime meal back then. As the weather warmed up, early Americans would get their nets ready and go down to the turtle pond to fish out their meal.

According to Delish.com, early Americans continued to celebrate Independence Day every year after the first Fourth of July. They did it by gathering in large groups to listen to an orator and then share a meal together, which would always feature turtle soup. The popularity of turtle soup started to decline when the population of certain species became threatened. A mock turtle meat soup made of veal meat took the real soup’s place at the dining table but it did not taste quite the same. Early Americans started another tradition of eating roasted pig at Fourth of July celebrations, and thus began the tradition of cookouts and barbeques!

Today, Americans celebrate Fourth of July by firing up the grill and enjoying fireworks. According to Vahomeloans.net, to celebrate the Fourth, Americans will spend $193 million on hamburger patties, $111 million on charcoal, and $167 million on watermelons! To cool down from a hot summer’s day, watermelons are the perfect refreshing treat! Chef Tina Jo offers up an amazing dessert using watermelons, bananas, and chocolate! It is not only tasty, it is also visually stunning! Wow your friends and family with Chef Tina Jo’s Watermelon with Chocolate Nutty Banana Pops!