Overfishing of our Oceans

The issue of overfishing is exactly what the name implies: sport and commercial harvesting of fish is done with such frequency as to hinder the reproductive process, adversely affecting the species’ ability to sustain its breeds. 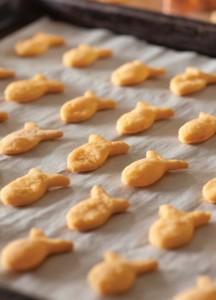 More fish are captured than what nature can support. Fishing practices contribute to the problem. Modern fishing is done using large vessels that capture such a quantity of fish that the ecosystem struggles to replenish itself. Equipment used to harvest fish often end up trapping fish that were not the intended target.

The damage already done can be seen in the shrinking population of large fish commonly consumed commercially such as tuna, swordfish, and halibut. An example of exceeding fish capacity of a region already occurred in Canada in 1992, when the cod fish market collapsed due to overfishing.

What steps can you take to ensure that the fish you eat are safe? The Seafood Watch program of the Monterey Bay Aquarium sets the standard for which fish are safest to eat. You can download a pocket guide to carry in your wallet.