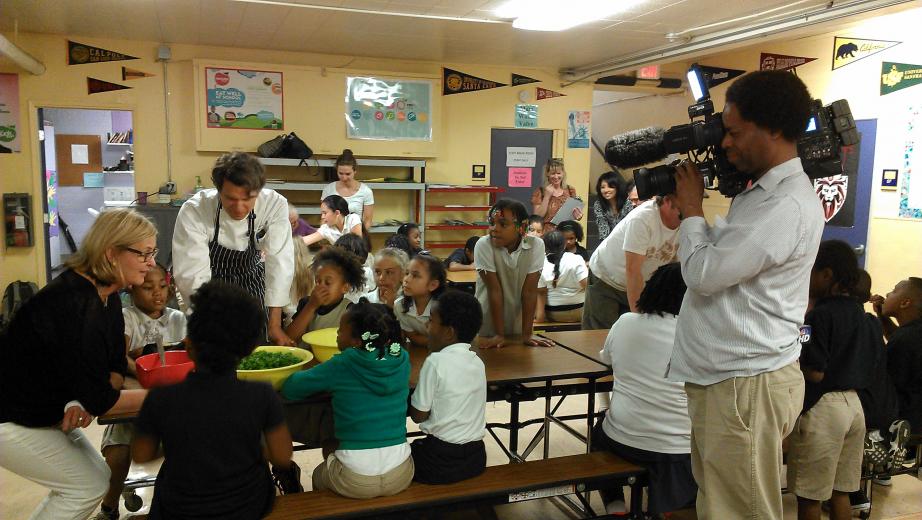 The kids have voted and we’ve just crowned the 2013 Veggie of the Year – the nutritous and delicious sweet potato! This root vegetable will be the star of our Kids Recipe Contest that will run until Sept 30. 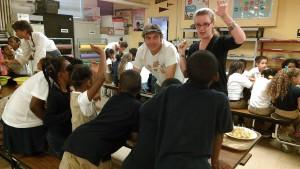 It started with a Facebook voting of 10 featured vegetables. Five semi-finalists were chosen and they were put to a final vote by our kids at Capitol Heights Academy on our first day back in food literacy class. The class was packed with chefs from particpating EatSMART restaurants: Paul Poore from Broderick, Shannon McElroy from Musalo’s, Bret Bohlmann from Boulevard Bistro, Kurt Spataro from Paragary Restaurant Group, Randall Selland from Salland Group and Matt Woolston from Matteo’s. Also in attendance were Tina Macuha from Good Day Sacramento and board members Peg Poswall and Shannin Stein. These chefs created taste tests featuring the top five vegetables – sweet potato, beet, kale, tomato and avocado.  The kids got to taste and vote for the eventual winner of the Veggie of the Year. Sacramento Bee featured a lovely article about our fun day with the chefs and kids!

The older kids have already tried many of these vegetables because we’ve been exposing them to new fruits and veggies from day one.  However, it was the kindergarteners’ first time in food literacy class and they were excited to try the new foods, even with a tiny bit of apprehension. One boy said, “I’m being very brave.” Thanks to our chefs for creating such nutritious and delicious snacks, and to our  volunteers for being such enthusiastic and awesome role models! KCRA-3 News were on hand to capture all the special moments of kids trying (and loving) their veggies. 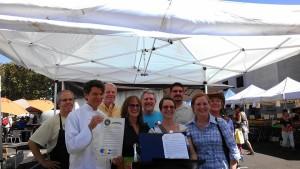 “It’s important that the resolution has been adopted locally, because it demonstrates our region’s commitment to continued improvement in children’s health through food literacy education,” said Amber Stott. 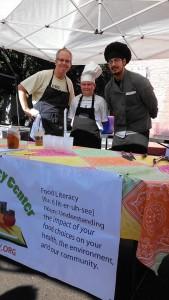 Now for the fun part. Kids, get your aprons and chef hats ready. Race straight into the kitchen and create a winning dish featuring the Veggie of the Year – sweet potato!

Moms, dads, grandmas, aunts and uncles, get your kids cooking and learning.

“Kids are naturally curious. The best time to teach them about food—where it comes from, how to cook it, if it’s good for you— is now, when they are still young and open to the magic of it all,” said Bauer. “What they learn today can help them build healthy habits for life.”

Popular food blogger Garrett McCord of Vanilla Garlic understands how food and cooking can open up new experiences for kids.

“Cooking opens up the world of food to kids. It makes the unfamiliar produce something to explore. It’s chemistry, magic, biology, and excitement for a kid. Cooking shows them that through their own work and creativity they can make something scary into something they’ll gobble up and ask to make again,” said Garrett.

A cooking contest encourages healthy competition and a sense of achievement. The Culinary Life creator, Stephanie Stiavetti wrote about our organization and our Kids Recipe Contest in her blog.

“Encouraging kids to cook is so, so important when it comes to teaching them how to be healthy adults. Kids love the idea of a contest, so this is the perfect opportunity for them to enjoy themselves in the kitchen,” said Stephanie.

We thank the food blogger community for their support, including Simply Recipes for sponsoring the Kids Recipe Contest. For more information and to enter your kid in the contest, download the application form: Kids Recipe Contest Entry Form

Back
This item appears in:
Article
September 9, 2013